The 10 Most Intriguing Places to Teach English Overseas 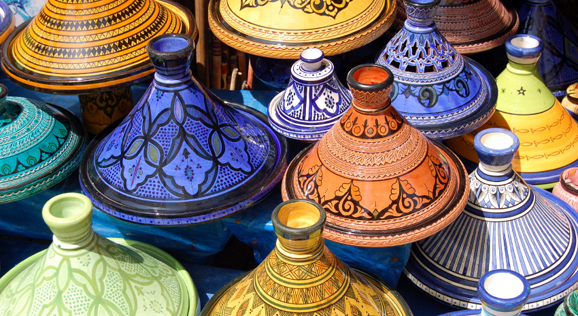 The 10 Most Intriguing Places to Teach English Overseas

Every country in the world offers opportunities for ESL teachers, even the United States and Canada, yet many ESL job seekers desire to live far from home to taste a new culture and see the world. Where to go? A list of enticing places depends on the person, of course, and there are many choices. Even conflict areas, politically oppressed countries, and locales that suffer from catastrophe, such as Libya or Cuba or Haiti, can attract certain rogues, yet these would never be considered ESL “hot spots,” not to mention there are few opportunities. After teaching in six countries, applying for countless overseas jobs, working in eight countries, traveling on six continents, and meeting and being exposed to many charming individuals and situations, I realize that it is impossible for anyone to know what exactly makes one ESL destination superior to another.

Nevertheless, I have compiled a list of the most intriguing places for the ESL curious, using my subjective preferences, but I’ve tried to take into account universal criteria. These criteria include salary, lifestyle, cuisine, quality of schools, hospitality, culture, and adventure. The following ten countries are listed in alphabetical order, with links to one resource and an English language newspaper. Also, in researching, I came across sites that requested money for placement or some bogus course to secure the job. Always find out as much about the country you wish to work in, but avoid recruiters or organizations that charge fees but do not offer legitimate certificates or degrees. Remember: never pay a third party to be hired. The list:

Brazil: Salaries are low, with the exception of urban areas such as Rio de Janeiro and Sao Paulo, but this might be the only complaint. A vast country, passionate culture, beaches worth the reputation, inland beauty, the natural splendor of the Amazon and the Pantanal; German, Italian, Japanese, and African influences; and the famous Carnival (the best places to celebrate Carnival are outside of Rio). What’s not to like? Resource: Teaching English in Brazil Newspaper: The Rio Times

Chile: The New York Times, in an article a few years ago, proclaimed this the goal of Chile: “…to make all 15 million of Chile’s people fluent in English within a generation.” The growth in ESL has continued, and now jobs are easy to find and some of the best paying in Latin America. Along with the regular places to find employment, the fact that Chileans know grammar well means there are also opportunities to teach conversation for teachers who do not have an academic English background. Beyond this, the country offers a fascinating history, cities like Santiago and Valparaiso, and the natural wonders of the Andes, Patagonia, and the Atacama Desert. Resource: ESL Focus: Chile Newspaper: The Santiago Times

Czech Republic: An incredible mix of old and new Europe. Rapid economic development has seen the Czech Republic go from paying some of the lowest salaries in Europe, on par with Bulgaria and Romania, to some of the highest in Eastern Europe, although still low compared to Western Europe. Beautiful churches and architecture dot the countryside, Prague is a living museum, and for the history buff, there are the many relics left from days of the Iron Curtain. Resource: Embassy of the Czech Republic: ESL Newspaper: Prague Post

Japan: Japan remains the place to go in East Asia, despite the Tsunami. The country is a great base to explore Asia, Western friendly, and has the most populated and one of the more exciting cities in the world, Tokyo. Bullet trains rifle through idyllic scenery, mountains, four seasons, and the country is full of industrious people eager to learn. A high cost of living is offset by a high salary. Resource: ESL Focus: Japan Newspaper: The Japan Times

Italy: In Italy private and international schools are hiring many English teachers, unique for a European Union nation in that North Americans have been able to find jobs with relative ease. Native fluency and a university degree are the main requirements. What better place to enjoy wine, cuisine, and the splendor of Renaissance Europe, and to top it all off, Mediterranean islands? Resource: Teach English in Italy Newspaper: The Florentine

Mongolia: Mongolia is one remote corner on earth, as well as the least densely populated country, at four persons per square mile, and three million people in an area about twice the size of Texas. ESL’s importance in Mongolia is new, the salaries are low, but some jobs do not demand a year commitment. The country is poor, and many citizens live on less than US$100 a month, but the economy is growing rapidly. Many jobs are in Ulaanbaatar, a good starting point to discover the Gobi Desert, yurts, and the famous Tuvan throat singers (See: Ondar on David Letterman Letterman misplaces Tuva in Russia). Resource: Teach English in Mongolia Newspaper: The UB Post

Morocco: Morocco is heavily influenced by Europe, especially French language and culture. Government institutions now are making English a prerequisite, especially as the majority of tourists use English, not to mention businesses. Casablanca and Rabat offer fascinating glimpses into Moorish culture, and the mountains, deserts, and sun year round offer a great taste of Arabia. Resource: Foreign Languages in Morocco: English Newspaper: Morocco Times and Morocco Newsline

Russia: The center of the former Soviet Empire has made the transition from socialism to capitalism, warts and all. Unless you are, say, a petroleum engineer or work for a hedge fund, the best way to find work there is in ESL. Moscow has a high cost of living, but the pay can be respectable for the qualified teacher, with private lessons at $25/hour and more. Finding a job is relatively easy with a high turnover, and can make a short trip to Russia, if not profitable, affordable. Resource: Teaching English in Russia Newspaper: The Moscow Times

United Arab Emirates: The most bizarre year of my life was spent in the United Arab Emirates when I taught at a high school in Al Ain, in the emirate of Abu Dhabi. The recent growth of Dubai and the UAE has been amazing. Cultures and people from around the world outnumber citizens, cuisine is diverse, with Indian, Arabic, Lebanese, Asian, and even Irish restaurants; a strong British influence, and modern architecture contrast with wadis, deserts, and rugged mountains in this amazingly beautiful country. All this with great pay and benefits. Resource: Teaching jobs in the UAE Newspaper: The Gulf News

Vietnam: Vietnam is rising to economic parity with Thailand and Malaysia, although a large percentage of the population lives in extreme poverty. Relatively new to ESL, with low salary and cost of living, Vietnam offers bustling cities, picturesque mountains, coasts, and an ancient history with remnants of French colonialism. Resource: Teaching English in Vietnam Newspaper: Viet Nam News