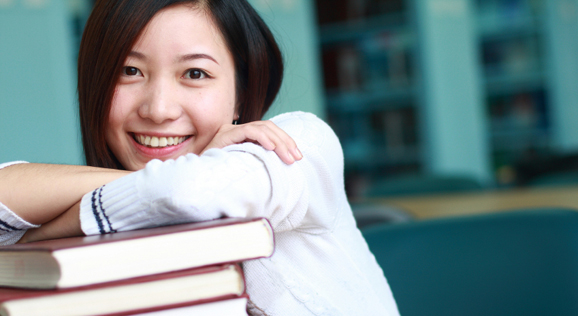 I stumbled on a strange phrase the other day which goes something like, “He who can speak can hope.” I’d like to steal the bones of this quaint expression and say to you, “He or she who can speak English can work.” Why? I’ll tell you why. In short, there are 2 billion people around the world learning English right now. That’s why. And someone needs to teach them. That’s where you come in.

After spending the past six months teaching English as a Second Language, I have come to the realization that the immense learning curve of language acquisition can be easily paralleled to the immense number of learners now grappling with our mother tongue.

Never before has the need for English instruction been so great. The ESL industry, by most reports, has only just begun to peak in the last five years or so. According to English Next, a study financed by the British Council, there were 1.1 billion English Language Learners worldwide in 2000. Ten years later, this already astounding number was supposed to have ballooned to 1.9 billion. The number of learners is projected to hit its high watermark of just over 2 billion sometime this year and then will gradually recede as “cohorts of children who have studied English at primary school reach secondary and tertiary study” (p. 99). The assumption here that those who begin instruction at primary school will not need further instruction later in life certainly warms the heart of any teacher, but is it at all realistic, or even measurable?

Learning a second language is a process unlike any other learning process. It can be, by nature, a wholly protracted process of retention and loss. For example, a student of mine has recently endured the eighteenth anniversary of her on-again off-again love affair with the English language, and she is by no means an exception. Despite well-financed government initiatives to implement English programs in primary schools throughout the world, tens of millions of students continue to seek out specialized, native-speaking instruction either at home or abroad. One only needs to look to India for proof of this persistent need. India would like to fancy itself an English speaking country, and so it boasts more than 125 million speakers and a doubling over the past five years of students enrolled in English-speaking schools.

However, less than ten-percent of India’s population speaks English fluently, and its English language institutions continue to function in a state of chronic need. The same British Council which projected the number of English Language Learners to reach 2 billion in 2011 reported last year that India’s rate of improvement was “too slow” and that a “huge shortage” of teachers and quality institutions might soon collapse their ever-expanding ESL market. Whether this happens to be the case or not, middle-class Bengali parents are scrambling to get their kids into English-speaking schools so that later on they can participate in the largest mass exodus of foreign students into the world.

Again and again, no matter where you look, the story is the same. In the field of ESL, demand will continue to far outpace supply. To the chagrin of some, English, and more specifically American English, has come to dominate not only the world of business but also those of higher education and diplomacy. The European Union now officially says “Yes” and not “Oui”; two-thirds of the world’s top universities are found in English speaking countries; and South Korea and others as unlikely as Vietnam are climbing the corporate ladder to some form of economic success. What’s more, every year, anywhere from two to three million students move and study internationally, and over half of these book-slinging bedouins are taught in, yes, you guessed it, English. Putting two and two together, I think the future of the ESL market looks downright bright.

But must we always think in the future tense? I hear the words “2 billion” and translate them into “jobs,” which, incidentally, are to be had right now. These jobs are floating out there somewhere in cyberspace at this very moment, seemingly waiting for someone with a pulse to pick them up. Granted, quite a few of these 2 billion students are probably children learning ESL in their primary school classrooms. And, yes, some of the ESL jobs floating around out there in cyberspace are deeply floating or are just plain floating like the ghosts they are. Be that as it may, 2 billion is an awfully large number. I should think any industry would be more than happy to take care of 2 billion customers.

Now, of course, the obvious elephant in the room is undoubtedly painted red. China is currently home to the world’s fastest growing middle class and second largest economy. Some of those living in or connected with India are paying close attention to China right now. Why? If China were to embrace English as the language of the future, which it has already in many ways, India’s place atop of the foreign ESL market would most likely be disputed. And it can be only beneficial for the ESL job market at large to see these two giants competing to see who can improve their English the fastest.

And so such news is enough for a whisper of job security to reach the ear. All right, if not job security, then at least some form of job protection, which anyone in their right mind should absolutely clamor for in today’s quiet market.