Teaching English in Japan After the Earthquake 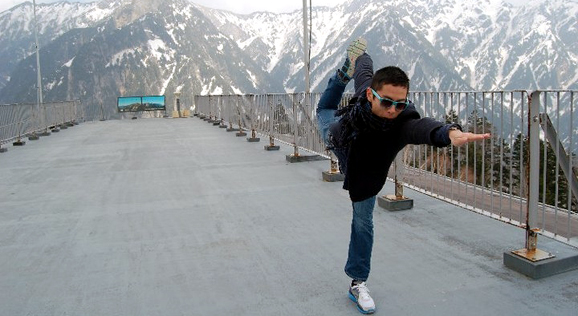 Teaching English in Japan After the Earthquake

I came to the Nagoya area of Central Japan to teach English in February 2011, one month before the massive earthquake and tsunami that ravaged the coast of the Tohoku (Northeastern) region of the country. Living in Japan in the wake of this significant and internationally-recognized disaster has been an emotional and eye-opening experience that has taught me a great deal about the collective strength and solidarity of this country.

Japan is still an amazing and beautiful country despite the effects of the earthquake, tsunami, and radiation. I was touched by an outpouring of support and concern from my friends and family in the U.S. via email, phone, and of course, Facebook, following the earthquake. But the truth is, contrary to the misconceptions that many people outside Japan had about the situation in Japan, the entire country was neither completely obliterated by nature’s biblically-proportioned fury, nor were people beginning to mutate under a dense cloud of radioactive gas. 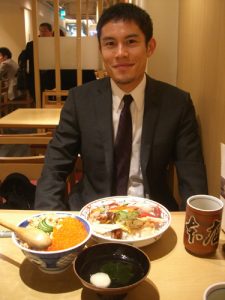 The author enjoying a sashimi dinner in Nagoya, Aichi Prefecture

Japan, for the most part, is functioning as normal, dealing with the issues in stride and showing uncanny resilience. The Tohoku area of Japan received significant damage, and many areas were evacuated. Thousands of people lost their lives and livelihoods. But the country fights on as it always has, as it did through the Great Hanshin Earthquake, through World War II, through countless other disasters, both natural and man-made.

A couple weeks after the earthquake, I was talking with a student who said that he had never seen the country come together as strongly and completely as it did after the earthquake. He said that right now, there is a rare joining of hearts and intents as everyone mourns for the substantial losses, while also redoubling their own efforts to work hard to keep the country moving and functioning. Whereas continuing to work as though nothing happened might seem disrespectfully sacrilegious to the foreign eye, Japanese people see it as a way to collectively heal the country, each person individually contributing to the benefit of the whole.

Some people thinking about teaching in Japan have asked me what the job situation is like right now and whether Japanese companies are still hiring. My school, along with every major English school in Japan, is definitely still hiring. The schools located in the affected areas have been closed temporarily and the teachers have been relocated to schools in other areas. But surprisingly, only a very small number of teachers in the Tohoku area decided to leave Japan, and for the most part, those who left were pressured more by their families living abroad, not by any personal feeling of danger or threat. Outside of the Tohoku area, there is no actual personal danger or threat, and people are continuing their lives, perhaps a bit shaken emotionally, but with a strong sense of purpose and drive, emerging from the shadow of calamity.

Despite the calls for evacuation that a few foreign embassies made directly following the earthquake, many teachers, and just people in Japan, in general, see this as an opportunity to redouble efforts to work hard to help Japan and those who are in need. The feeling of community is amazingly strong right now, and Japanese people especially appreciate that many of the foreigners working in Japan decided to stay. A few days ago, a taxi driver and I started chatting, and he thanked me profusely for choosing to stay in Japan despite the perceived dangers of the earthquake. Even though we are hundreds of miles away from the affected areas, he acknowledged the gravity of the situation and appreciated my effort to help Japan, even through the seemingly small act of teaching English. Many of my fellow teachers have had similar experiences, as Japanese people in random places (in restaurants, at bars, on the street, on trains) have approached them and simply thanked them for staying in Japan. These comments are not so much of an ego boost as they are a motivation to work harder and more honestly, for a country that can truly understand and appreciate perseverance.

I wish I could share all of the wonderful and amazing things I’ve experienced here over the last four months since arriving in Nagoya. I have been lucky to have a job that allows me to travel to various parts of Japan to work and teach. I’ve met so many interesting people, seen so many breathtaking and inspiring sights, and of course, eaten so much delicious food. I’ve made some great new friends and I’ve learned so much about a culture and country that is vastly different from the U.S.

To anyone who has ever thought about living and working in Japan, I would wholeheartedly encourage you to come, and to not feel discouraged by the recent events. Right now there is an extremely dynamic quality in the collective heart of the country. It’s as though the country itself has been challenged, and everyone is stepping up their game to rise to that challenge. I don’t see myself staying in Japan forever, but even long after I come back home, I’ll always remember that the time I spent here was meaningful and worthwhile beyond just my individual desire to travel and enjoy life abroad.