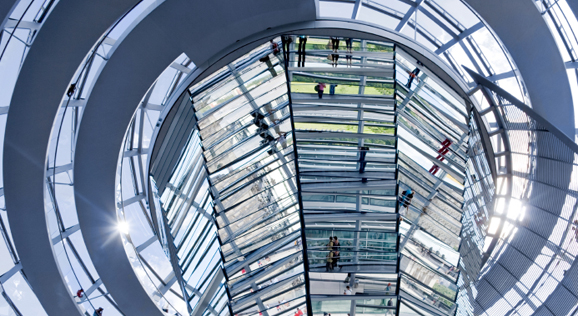 There is enormous worldwide demand for trained TESOL instructors.  More than 75% of all new teachers head for Asia, the Middle East, or Latin America. Although jobs with very competitive salaries are readily available for expats-to-be from Shanghai to the Gulf, many new ESOL teachers are choosing Europe as their destination in the hopes of living in the hip, modern, and urban centers such as Paris, Madrid, or Berlin. For those considering Western Europe, it’s Germany that’s emerging as the easiest country to obtain teaching jobs in, along with work permits for non-EU citizens.

Located directly in the heart of Europe, Germany is still the economic powerhouse of the European Union, and enjoys strong ties to the international business and trade community. Cities like Munich, Frankfurt, Cologne and Berlin are historical and modern hubs for commerce, culture, and transportation, and serve as a wonderful place for a new ESOL professional to call home in Europe for a year or more. Finding work teaching English is not too difficult – although naturally differs depending on location – as overall demand for native-speaking English teachers is high across the country.

Before you pack up your life and transport it to central Europe, consider the qualifications that German ESOL employers are going to demand. Most language schools will expect instructors to hold a B.A. or B.S. degree, as well as a professional certification in TESOL. While lower qualifications might not disqualify you, they do correlate with lower compensation and job quality. Universities and technical schools offer more comfortable work and better pay, but then have higher standards regarding qualifications.

Germany hosts a large number of private language schools, ranging from small independent outfits to campuses of the known names in the ESOL field, such as Berlitz and Wall Street Institute. Private language institutes commonly have business, technical, and general English curriculum, and pay varies depending on what you are capable of teaching. Another employment option is Germany’s system of Volkshochschule, or simply VHS, which are adult education schools with many classes in the evening. Many universities and technical schools also need English teachers, and the jobs pay well for those with the qualifications – definitely a certification or cogent experience, maybe even a Masters Degree – and attract a lot of competition for openings. Private tutoring is always another option, but requires building a client list and impressive one-on-one teaching skills.

Wages in Germany vary, so shop around.  The low range for lower-end language schools and jobs is about €12 ($16) an hour, with some private language school and VHS salaries reaching somewhere between €12-15 ($20-27) an hour. Again, teaching a subject like Business English is more lucrative than instructing general English.

While this might sound competitive compared to a salary at a language school in the United States or elsewhere in the Western world, do not count your euros just yet. While your salary might appear generous, you are hit with a lot of taxes in Germany. An average 17% income tax, a 19% pension allotment (most likely you will not retire in Germany and although you can get this money back when you leave the country; it’s just a bureaucratic headache), and other deductions can lead to a teacher taking home only half their original pay. Most ESOL jobs have you working as a private contractor, which leads to no health insurance, paid sick leave, or vacation time. If possible, try to land a contract job; although more competitive to acquire, a contract position does not require the pension allotment and often gives benefits.
Finding work should not be a problem in Germany, but the market does vary depending on locale within the country. English-teaching jobs are most plentiful in the major cities such as Munich, Frankfurt, and Berlin. Berlin alone has over 100 language schools offering English courses. Berlin recovered robustly from the global financial crisis relative to the rest of Germany, and has a temporary glut of affordable housing because the city’s overall population shrunk in recent years from 4.5m to 3.4m people. Germany’s reunited capital is cosmopolitan, hip, and full of a young professionals; it is one of the best places to enjoy living comfortably in a major European city while teaching ESOL.

In contrast to the chances in the major urban centers, some would claim that it is easier to find a job teaching English in one of Germany’s smaller medium-sized towns or cities. This is something to consider, given how urbanized Germany is: it has nearly forty separate cities of over 200,000 people. Finding work in these smaller cities can be easier due to decreased competition. Another benefit to getting out of the major cities is the lower cost of living, as mentioned. However, there will be fewer expats in a smaller community and being the only English speaker could become isolating. It would be the ideal opportunity to perfect your German, though!
You can apply for jobs in Germany before leaving, but it is best to be on site so you can check out the language schools to which you are applying. Resumes or CVs should definitely stress the schools where you have worked (for experienced teachers) or professional training (for newbies). Here is a piece of advice from an EFL instructor familiar with working in Germany:

“Make sure to stress the companies you’ve worked for, better known the better, even over your qualifications. It is fairly understood that you are qualified, Germans want to see who you have taught for.” Joey, (10/23/10)

Non-European citizens living and working in Germany have to obtain residence and work visas in order to do so. North Americans can get their permits up to 90 days after arriving in Germany; however they absolutely must do so before accepting employment. This website, The Germany Way, provides a very clear and easy guide for U.S. citizens interested in obtaining a visa for working in Germany.

By the way, it’s advisable to make some effort to learn German if you are going to invest a year working in this country, or even in Switzerland or Austria. (In fact, along with the qualifications mentioned above, many language schools will expect you to have some ability to converse in German.) Regardless of your language learning aptitude, being immersed in a culture and its language is the perfect opportunity to learn. Many language institutes and community colleges in the United States offer instruction in German, so you could even start before you depart. Keep in mind that German is a sibling to English in the family of languages, and you have plenty of similarities between the two languages and resources to help you.

While not always offering the most competitive salaries compared to the cost of living, Germany does offer the ESOL professional an exciting location from which to experience the heart of urban and modern Europe.